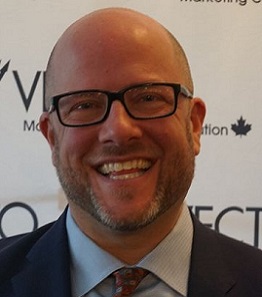 Joe started with Vector in the summer of 1988 in Grand Rapids, Michigan. He continued with Vector while attending the University of Western Michigan in Kalamazoo. In 1990 he returned to Canada for the opportunity to be a part of the Vector Canada start up group. In his time as manager running an office, Joe has led the #1 teams as a Branch, District and Division Manager. Joe graduated with his Executive MBA from the Ivey School of Business at the University of Western Ontario in 2003, and the same year he became National Sales Manager of Vector Marketing. Joe now leads the Canadian organization as its General Manager, from their base in London, Ontario. He is responsible for growing all four sales channels in the Vector/Cutco model. He has helped develop many of the Vector leaders in Canada, and his goals include impacting people’s lives in a positive way. Joe now resides in London, Ontario with his lovely wife, Jennifer, and their 4 children.