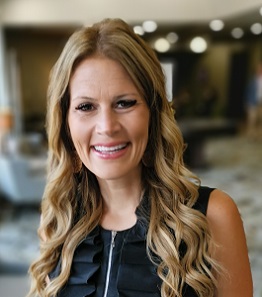 “I was 21 years old, just married and had a newborn son when my career in the direct sales industry began,” says Marcia. “I was so shy—I spent my first two weeks standing in front of the TV practicing along with the VHS training videotape.”  She never dreamed that she would hold more than 700 Pampered Chef parties in her first seven years as an independent representative.

“The first life this industry changed was my own,” Marcia says, “I worked hard and built a very successful business, but as I transitioned into leadership roles, I discovered that helping others change their lives was more important to me than just building my own business.” During her 20+ years working with industry leaders such as Pampered Chef, Avon, lia Sophia, Origami Owl, Advocare and MONAT Global, she has filled various roles in sales, marketing and leadership positions.

Marcia believes that the future remains bright for the direct sales world, as it really was the pioneer of influencer marketing – using key Market Partners (the Independent Sales Consultants) to drive a company message to a larger market in an organic way.

Marcia lives in Windsor, ON with her husband Sean, and 3 grown sons.

It's #NationalEntrepreneursDay! A day to celebrate amazing #entrepreneurs like the 1.37 million Canadians who parti… https://t.co/bvxGdl27SA 7 days ago
Thank you to @RevolutionHerTM for facilitating this insightful Panel Discussion, Growing A Team & Your Skills Throu… https://t.co/Z3NT9eKhgP 9 days ago
Members, on Dec. 2, join speakers and experts from across #directselling and the broader retail industry for our Di… https://t.co/HBND6fHKso 11 days ago